Diana Jaffé: "There’s only a small number of people who don’t feel that things have gender."

Back to part 1 of the interview

The right packaging design is incredibly important to the success of a product and/or its sales. Müllermilch recently found out the hard way when it launched its Müllermilch “Pinup Edition”. © Unternehmensgruppe Theo Müller

Tell us about your study, The Gender of Things.

We asked people whether products had gender. In fact, ever since my second book I’ve been saying, under various aspects, that things or products have gender, because it’s just highly important. Once you understand, for instance, that the financial sector is extremely masculine and that too many women still prefer to avoid money issues and financial products, then you realise that this is because it’s a male industry, that products in this industry are male and that they are perceived by women as irrelevant – in the same way that, until a few years ago, face cream was seen as irrelevant by men. Products need to be see within a given mental context that creates a certain relevance for the other gender. And of course the same thing needs to happen in product development, in the positioning of the product and finally also in product design and packaging.

Which industries do you think have the biggest potential?

In nearly all the industries that have so far majored on a single gender, particularly private consumer goods. Basically, apart from highly body-specific items, everywhere. Particularly in the financial industry, in high-tech and in mobility. All extremely male industries have a lot of potential with women. Conversely, there may also be one area or another that is currently in the female domain and which could be made more attractive for men. But that’s more difficult.

Of course, most purchases are still made by women – even if the end user is a man. Surely, this complicates matters a bit, doesn’t it?

Yes, kitchens are an interesting case. Cooking as such hasn’t become more male, but there are more men who are taking an interest in it. Beef magazine has successfully jumped on this bandwagon. At the same time, kitchen design has been getting more and more minimalist and sleek and has developed into something totally masculine. One extreme example is Porsche’s Bulthaup kitchen. Nowadays, unless you actually want a country house style, you’ve really got no choice any longer and you’ll have to buy a kitchen in a very sleek design that is aimed at men. However, men aren’t really all that much concerned about everyday cooking. It’s all about MasterChef-style cooking! It’s about meat and being a foodie. Once you know what a man needs, you can easily make a kitchen attractive to men. It’s the same the other way round: men would never buy women’s products. Men hardly ever own vases. You’re not likely to find many, as 96% of all men seem to think vases are irrelevant. 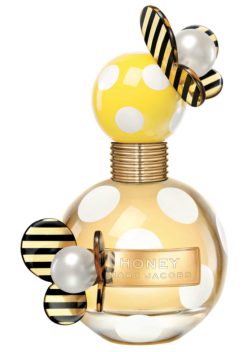 On the one hand, equal treatment and equal rights between men and women are an important aim. On the other hand, men and women don’t want to receive the same treatment in marketing and advertising. Are the worlds of politics and business disregarding biology?

The fact is that everything that is associated with gender equality is initiated by women. Women don’t want to be different from men. Men, however, do want to be different from women. I do think that gender mainstreaming clearly fails to do justice to the two genders. Of course, we need social and legal equality. There can be no question. We do need equal rights, but it’s really dreadful when we’re all levelled down to a common denominator. We live in a society that claims to be individualistic, yet it does everything to level us all down and it ignores any gender-specific needs. For women the community is absolutely vital, at least as a fundamental principle. In the male world, there is no egalitarianism, but only hierarchies.  This alone leads to different needs. Obviously there has to be social and legal equality, and each individual must be allowed to make their own choices. Everyone has male and female characteristics.

And to get back to the question of packaging, it’s almost an insult if a product has been made to look so cute that it can’t possibly be meant for anyone other than women. It’s like saying that every woman must love ornate handwriting and pink.

For instance, a jar of perfume from Marc Jacobs.

Or pink shavers for women which cost more than blue ones for men.

Actually, I’m rather tired of this debate. Yes, there are products which are made more expensive for women and others that are made more expensive for men. There are indeed male and female domains in product areas which, for one reason or another, are exploited in a more or less feminine way – and it works. There is such a thing as gender pricing, but it’s not as one-sided as we keep hearing. This keeps getting bandied about but it simply isn’t right. It’s true that women pay a bit more for pink shavers, but they’re also free to buy blue ones and then save some money that way. So where’s the problem? The problem is somewhere completely different and in a totally different dimension – for instance, prescription medicine: GPs tend to prescribe more drugs to men and in fact more expensive drugs. The evidence can be found in a number of recent studies.

So why is this happening?

It hasn’t been researched yet, but an older study shows that, when dealing with women, doctors are far more likely to assume psychosomatic reasons than organic causes, whereas with men doctors hardly ever think of the patient’s soul and therefore tend to assume organic issues. Unfortunately, there are data protection regulations which make it impossible to study prescription patterns among doctors. It's a shame. Male and female doctors do prescribe differently for male and female patients. No one knows why, and we’ll probably never find out. So we can continue to get worked up about different prices for shavers and haircuts, but when we consider that men pay a lot more for status symbols, medication and healthcare, then the issue of pink shavers seems rather trivial.

So how do men respond when the appeal of the design is rather too clumsy?

“Pink it and shrink it” in product design, packaging, etc. may be rather silly, but it’s another area where we can find certain gender specifics. If men feel that something doesn’t appeal to them, they just shrug their shoulders and move on. Women, on the other hand, take this very personally. But companies are unaware that their female customers feel offended or attacked if the design is rubbish.

In your study The Gender of Things you come to the conclusion that gender can be assigned to every object. But don’t normal everyday packages and products largely look neutral – e.g. packaged cheese in a supermarket?

There’s only a small number of people who don’t feel that things have gender. If, say, I talk about an “executive chair”, would you say that it’s male or female?

Ah, there you are. What about a “hamburger”?

It seems as if the world generally tends towards maleness, and so would you say that the world of products and the world of packaging, too, are more male when it comes to fast-moving consumer goods?

This is an area where 70 to 84% of all products flop within the first year of marketing. With food it’s 90%. The reason is mainly that 90% of all purchasing decisions are made by women. No one has so far established a link between those two figures, because hardly anyone is aware of them. So the figures show that your perception is right. It’s true that a lot out there gets done with no regard to female decision-makers. If nearly 90% of all new product developments fail to survive the third year of their existence, then something seems to be wrong with them and also with their packaging.

So there’s enormous room for improvement, isn’t there?

Yes, there’s a lot of potential. When you consider that 70% of FMCGs flop and 90% of food, then that’s incredible! It’s as if those companies had money to burn. It’s so expensive!

It’s been estimated that the interpack magazine is read by 80% men, and only a very small proportion would normally want to look at gender marketing and gender-specific packaging design. So you might really be starting something.

(Laughs) Yes. So far packaging design has always been based more on gut feelings. It is of course hard to say whether a product flopped because the packaging didn’t work. There are so many criteria, and you can always blame some other cause for it. The right packaging design makes an amazing difference to the success of a product and its sales figures. But when it flops, not many people think of the packaging.

Would you say that in Germany the only products where enough love is invested in the packaging are expensive products?

Yes. Packaging mainly needs to be inexpensive. It’s generally a matter of costing, not marketing.

But surely, attractive packaging doesn’t need to be expensive, does it?

It doesn’t, but for the vast majority of manufacturers it seems to mean just that. They just keep using their existing packaging facilities and leave everything unchanged. But perhaps it would be good to use what you’ve got and then ask yourself how you can still make improvements.

What needs to happen so that products appeal to female decision-makers among consumers?

The marketing that is taught at universities is dominated by men. It’s been developed by men for a very long period of time. Even though there are many women in marketing departments, it’s still men who make the decisions. Women are rarely in decision-making positions. And whenever women are involved in a male industry, such as engineering or finance, they start looking at it through male eyes. And so we’ve got a cultural problem. The female perspective gets lost. Quite often male decision-makers lack the ability to empathise – and, of course, you can hardly blame them. No one has the slightest idea that there are target groups out there who tick completely differently and need something entirely different. Such an awareness would need to be created. It’s difficult to see the world through anybody’s eyes but your own, and it’s scary to realise that there are totally different worlds. But help is at hand.

Well, unpleasant answers are often the most helpful ones, aren’t they?

Yes, and some people find it easier to handle them then others. (Laughs) The question is always how far you can go with the company. With some of them it works very well, and with others it doesn’t.