Diana Jaffé: “We need to be aware that there are different types of purchasing motivation for what appears to be the same product.”

Back to part 2 of the interview 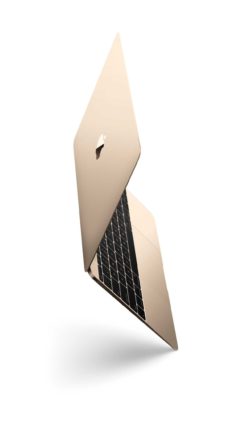 Can you think of a good example of successful gender marketing? A product? Or packaging?

By far the best gender marketing I think is Red Bull, The marketing is perfectly male and brilliant in all aspects – the logo, the product, the packaging design and the entire world of Red Bull. It’s amazing. It’s incredible that they should be able to sell this awful jelly baby fizz at such a price. The packaging design is very clear and straightforward. This case has also been described in What Do Men and Women Buy? because it’s just so brilliant. I can’t think of anything similar in the female segment. L’Oréal is very specific, not necessarily typically female but it works because of a very skilful and unique combination of “scientific” statements, on the one hand, and starry glamour, on the other. The scientific approach alone wouldn’t work. And glamour on its own would seem random. Scientific or technical la-di-da messages usually only work for men, not women.

Has there ever been an outcry among women when you tell them that technology is a male domain?

Not so far. Perhaps some of them have just been biting their lips. Everyone who listens to me for a bit longer knows that I always talk about majorities and that I don’t mean to include every single individual. Outside of stereotypes we don’t know what kind of things are female attributes. No one has thought about it after the second women’s movement. So there’s a massive deficit in our society at the moment. I am very much for giving the best possible support to the individual and to each person’s specific interests, skills and abilities. I’m not interested whether there might be a man here or there with feminine qualities or a woman with too many or too few male qualities. It’s irrelevant. If however, you realise that sometimes there are things which are not the same for all men or all women but that they’re nevertheless true for the majority, then you do want to create a set of aspects for issue A, and a different set for issue B. That’s why I’m not very keen on universal typologies. A silhouette never tells you the whole story.

What are the biggest differences between men and women that should be considered in packaging design?

The packaging has to be relevant to the product. To sell a male product to women, it needs to become more feminine. And to sell a female product to men, it needs to lose its femininity and must be made relevant to men. We need to be aware that there are different types of purchasing motivation for what appears to be the same product. In cosmetics, for instance, women are motivated by beauty – which can be explained by evolutionary biology. Women are aware that men look at their outer appearance, even though it’s politically incorrect to do so. It’s instinctive, and our culture has not succeeded in persuading us otherwise. Many women have a deeply rooted need to make themselves look pretty and to feel pretty. Men don’t have that. They know instinctively that it’s status and ability that turns them into good providers from a woman’s perspective. And so this aspect is generally given far greater emphasis in cosmetics for men. When it comes to the packaging, you therefore need to make sure that the visibility of the product is gender-specific. Women need to be given more product details because they take a greater interest in them. With an older target group you need to make sure the font is big enough. The font size on a package is one of the most frequent points of complaint. Women get very annoyed if they can’t read something. Men’s products are often presented in a female environment. Department stores as such are female places. Men’s products must be made to look especially conspicuous. There are some design aspects which are specific to products and others to target groups, and user experience must be created under the criteria which I mentioned at the beginning. These are the essential features, and they do actually require a lot more than just design expertise.

According to your study, is the world of things still predominantly male?

No, it isn’t. But it’s easy enough to tell which areas are gender-specific. It’s hardly surprising to learn that the most masculine product is a chainsaw. What did surprise us was that the most female product is a vase. We also researched responses to desktop vs. laptop computers and to landline vs. mobile phones. We found big differences in these areas, even though the relevant items shared the same functions. A landline phone as such is highly feminine while a mobile is more than 50% masculine, due to its high-tech aspects. A desktop computer is very male, while a laptop is more female.

Is it because a laptop fits into a handbag?

We’ve noticed that new products with new features, new options and new ways of using them are perceived totally differently, with completely different patterns of distributions. A landline phone used to be purely a means of communication, and communication is of course female. You will never be able to sell a man a technical device with pink details in a packaging unit with rounded edges. This simply contradicts the way men see themselves. Photo: iPadAir2-3up Lockscreen PRINT. © Apple.

What else is especially female?

Fruit – apparently because people want to associate fruit with healthy eating and with health as such. And health is clearly a female topic. You can see that, as a society, we are in a state of flux, and this is due to our products. Because of the way we use products and particularly because of disruptive technologies, things keep happening here and there. But it’s especially when products have had a long tradition – e.g. the financial products we mentioned earlier or newspapers – that we can see that there are certain traditional forms of perception which continue to exist. Would you say that daily papers are male? Yes. They do feel like it, that’s right. Precisely. You can really feel it. Yet there’s no awareness of this among product manufacturers, advertising agents, packaging agencies or even retailers.

That means lots of wasted opportunities and untapped potential, doesn’t it?

I don’t really like repeating myself so much, but in my last three books I rather reluctantly had to keep focusing on the “gender of things”, because it’s incredibly important to understand this issue. It’s important for everyone in sales, but also in sales consultancy. In Selling to Adam and Eve, which I wrote together with Vivien Manazon and which is about gender sales, we pointed out the immense implications in all areas of consumer behaviour.

So why are supermarkets such male places?

It’s mainly women who go there, and then they buy male-looking products, don’t they?

Not necessarily. Mineral water is a segment which really only began to take off through women. It used to be a fairly dry domain until the whole area was marketed for women, and that’s when it really began to grow – except for a few niche products. This is an area where we can find several examples that work quite well. It’s exciting to talk to manufacturers about how they ended up with the various shapes of bottles. Quite often it’s a matter of sheer necessity, of course – especially with fizzy drinks. It’s quite exciting. And when we look at chocolates, then it would be really great if one or two manufacturers could modernise their approach a bit and freshen up their design.