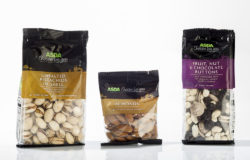 The food contact materials sector is currently undergoing rapid changes, accompanied by intensified efforts on the part of national and European regulators to keep up with this process. Emerging countries are also introducing legislation at the local level, taking their cue, in part, from major international regulations, but with adjustments of their own, resulting in new requirements with which businesses must comply in order to distribute their goods without running into holdups and fines at customs. All this adds up to a very complex regulatory landscape, requiring careful study and constant updates, often in the form of discussions and conferences featuring panels of technical experts and industry operators.

From these kind of discussions often clearly emerges how regulatory compliance requirements and the increasingly fraught relationship between legislators and industry, particularly in Europe, have generated differing (at times opposing) views on complex chemical and toxicological issues. In many countries, this situation has led to stalled legislation on a variety of pressing issues.

Following an evaluation of Germany’s vast legislative work on inks, the European Commission has announced its intention to adopt a common European regulatory framework to govern printed food contact materials.
Since this harmonized legislation is expected to be adopted in 2018, drafting the laws is a top priority on the work program of the Directorate General for Health and Food Safety (DG SANTE).

These entities will be tasked with identifying substances that migrate from the materials, running toxicological tests to assess the risk they pose and eventually proposing regulations to control those substances. 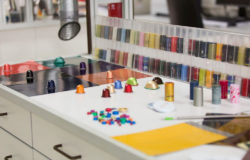 All substance profiles will be archived in a central database that can be used by producers and other industry actors. If the law is actually implemented in such a way, the EC will only provide the rules defining the actions necessary to assessing the danger of substances and exposure conditions, referring to the risk assessment, the functioning of the system and how resulting documents are managed, without providing specific regulations governing the substances. Currently, it is still unclear how the designated entity will be organized and if it will be subordinated to official regulatory authorities or else constitute an independent agency.

These uncertainties are evoking strong reactions from the industry, which is crying foul and pointing out the many efforts made on its part to establish risk assessment guidelines - with careful attention to the possibility of exposure to consumers - not only for printed materials, but also for all food contact materials. These efforts do not yet appear to have been taken into full consideration by governments.

Another point of discussion has to do with the delayed publication of the guidelines for testing plastic materials in accordance with Regulation (EU) No 10/2011. Even though the law went into effect in 2011, the document produced by the Joint Research Centre has still yet to be released, with periodic postponements now essentially standard practice.

The JRC has announced that the guidelines have been completed, including the notice and public comment period. The delay is probably related to the large number of rules included in the document, which are very specific and only understandable for technical experts, potentially complicating rather than simplifying practices throughout the supply chain.

In the meantime, the European Commission has scheduled the ninth amendment to Regulation (EU) no 10/2011, governing plastics.  No significant amendments to the Plastics Regulation are expected in the near future (apart from updates to the positive list) due to the EC’s focus on other matters, such as the draft harmonized measure on printed food-contact materials.

Other developments relating to food contact materials in a variety of countries have to do with Bisphenol A, which has been rescheduled by the American FDA as a dangerous substance, as well as by Californian law following the passing of Proposition 65.

In other important news, altering the international regulatory landscape, numerous safety standards have recently gone into effect in China, with new rules for testing and new positive lists. Many businesses are worried by the fact that the positive lists do not include all substances legally usable by industry in other countries where legislation on additives are non-compulsory or not harmonized.

This is probably the biggest problem afflicting the food contact materials supply chain: safety requirements for distributors differ from region to region, are often unclear and are constantly changing, to the detriment of the free circulation of goods, which is increasingly at risk.

The topic of food contact & regulatory trends will play a central role during Ipack- Ima, held in Milan from May 29 to June 1, 2018. 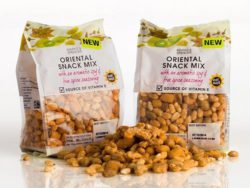 Migration of Mineral Oils: solutions not sufficiently used so far 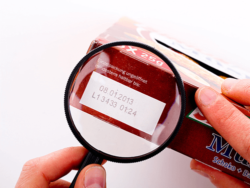