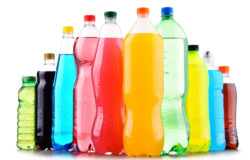 Great Britain has a lemonade tax for sugary beverages. If the beverage has more than five grams of sugar per 100 millilitres, the companies have to pay levies. Photo: 196072739 - Plastic bottles of assorted carbonated soft drinks over white© monticellllo/ Fotolia.

According to the World Health Organisation (WHO), the share of obesity has at least doubled in a total of 73 countries since 1980. Thirteen percent of all adults world-wide are considered obese (definition according to WHO: overweight: a BMI of 25-29.9, obesity: a BMI over 30). In order to counter an increasingly overweight population, packaging is expected to inform consumers in the EU of the nutritional values of food and beverages in future. However, an agreement has not yet been found.

NO STANDARDISED NUTRITIONAL VALUE LABELLING IN THE EU

In 2010, the introduction of traffic light labels on food and beverage packaging was planned in the EU. However, in the end, food corporations prevented the labelling.

Instead, an agreement was reached on providing tabular information of a total of seven nutritional values on packaged food: on energy, fat, saturated fats, carbohydrates, sugar, protein and salt. The numbers refer to content per 100 grams and 100 millilitres respectively. However, critics object to the tiny writing of the information printed on the back of the packaging. They further maintain that the information is incomprehensible for laypersons;in addition, it does not make a recommendation for or against consumption.

Medical associations, health insurance companies and consumer organisations have long demanded a Europe-wide, standardised and colour-coded labelling system to be printed on the front of packaging. The European Pro-Nutriscore citizen’s initiative is currently collecting signatures for traffic light labelling on all foods. Some countries have already implemented their own systems. In June 2018, the EU Commission announced that they would review the respective success of these labels and then agree on a new proposal for „front-of-package labelling.

A pioneer of food labelling 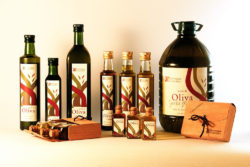 The English food authority FSA developed a traffic light model for labelling food as early as 2007. However, this did not differentiate between good and bad fats. As is the case for olive oil, for example. Photo: Pixabay

Food companies go their own way

For two whole years, five of the world’s biggest food companies worked on developing their own label. The Evolved Nutrition Label was supposed to have a colour design as well, but was intended to be based on portion sizes instead of content per 100 grams. After the US food company Mars Inc. left, the project was stopped. However, more and more companies are committing to voluntary labelling:

Even though a majority of nine Federal states already spoke in favour of the French Nutri-Score system, Germany has still not yet reached an agreement with regard to the labelling system.

The German Federal Ministry of Food and Agriculture is against food traffic lights; the German Food Federation does not consider any of the current labelling systems from abroad to be suitable. An individual model is expected to be developed in the summer of 2019, with a pie chart depicting the respective amount of calories, fat, sugar and salt in proportion to the recommended daily amount and based on content per 100 grams or 100 millilitres. 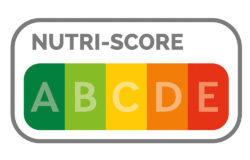 Frozen foods specialist bofrost has been using the Nutri-Score nutritional value traffic lights on their products in Germany, France and Belgium since the spring and summer of 2019. A five-tier colour scale from A, to E informs consumers of the food’s nutritional value. Photo: "obs/bofrost*"

Nevertheless, some companies had already applied the food traffic lights that were developed by independent French scientists to their product packaging. Among these companies are frozen foods manufacturers Iglo (part of Nomad Foods), bofrost and McCain as well as baked goods manufacturer Mestemacher and French food and beverage group Danone.

In April 2019, however, the district court in Hamburg passed first judgement on such use. As a result, Iglo is no longer allowed to use the label on their packaging. The reason: According to the court, the label is not a nutritional value label, but a claim as defined in the EU Health Claims Regulation. This excludes health-related claims that are not based on universally acknowledged scientific evidence and are thus secured. In August 2019, the German public will be asked to vote on nutritional value labelling. And so the saga continues. 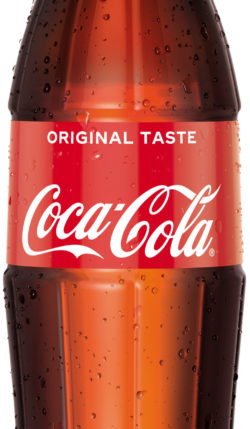 Coca-Cola has announced that they will continue to test colour labelling systems for their beverages. Photo: Coca-Cola Deutschland 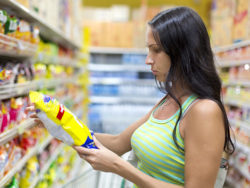