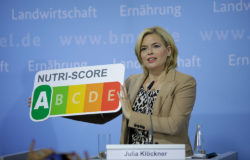 Nutri-Score on packaging in Germany

Around the world, the number of overweight people is increasing. Affected nations are now attempting to contain this health problem, each in their own way. Almost all of them have decided to print information on food packaging as an initial measure; Chile, for example, introduced black warning labels some time ago. Nutrition experts in Germany have also been calling for a consumer-friendly labelling model for a long time – and the decision has now been made. Four proposals were brought to the table; the Nutri-Score system won consumers over.

1,600 consumers participated in a survey conducted by the Federal Ministry of Food and Agriculture and provided a clear result: More than half of the respondents chose the Nutri-Score colour scale, which was developed in France. Besides this scale, respondents could choose between a design by the Food Federation Germany, a proposal submitted by the Max Rubner-Institut (MRI) as well as the Scandinavian Keyhole model.

FOUR MODELS TO CHOOSE FROM

The increase in food to-go and convenient ready meals means it’s not always easy to tell a product’s nutritional values at a glance. Even though packaged foods have all had to provide tables containing information on calories, fat, salt and other ingredients on the back of their packaging since 2016, Germany has demanded that a more comprehensible model be printed on the front of packaging for years. In July 2019, a consumer survey on four nutritional value labelling systems was finally conducted. Consumers could choose between the following options: 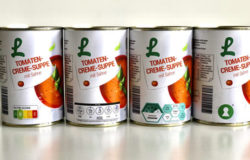 The pie charts indicate the amount of calories, fat, fatty acids, sugar and salt contained in a product compared to the recommended daily amount. Reference values are usually 100 grams or 100 millilitres. If packages contain less than this amount, they can alternatively be labelled “per package”.

The design submitted by the Max Rubner-Institut (MRI) provides stars as well as a colour scale to help consumers tell the composition of fatty acids, fat, salt, sugar and energy. The darker the colour and the more stars a product has, the healthier the food.

The Keyhole model was first introduced in Sweden in 1989 and was later adopted by Iceland, Norway and Denmark. The voluntary logo may only be printed on products that are low in salt and sugar and at the same time have a good fat quality and contain a high share of fibres and wholegrain. Beverages are excluded from labelling.

Other models in other countries

Models from other countries were not available for selection, among them Great Britain’s traffic light system. This model depicts the content of fatty acids, sugar and salt per 100 grams in red, yellow and green. In Australia, the Health Star front-of-pack labelling system uses stars to evaluate the packaged food’s nutritional value, whilst the Finnish heart symbol graces the packaging of products that are low in fat, salt and sugar. Companies have to apply for the right to use the logo and pay an annual fee of 500 euros per product. Currently, more than 1,000 products on the Finnish market carry this label.

Nutri-Score will remain a voluntary label

In France, Belgium and Spain, the Nutri-Score is a voluntary label. The same will apply in Germany, as making the label mandatory would require a EU-wide regulation. Nonetheless, the Federal Ministry for Food and Agriculture is planning to establish the legal foundation for simple use of the Nutri-Score in the course of next year. Currently, only a few German companies use the letter and colour scale. Among others, various Danone products started carrying the Nutri-Code on their packaging in February 2019. By the end of 2019, the company plans to equip 90 percent of foods sold in Germany with the symbol.

Open Food Facts’s free app helps consumers easily identify the Nutri-Score nutritional value information on foods, using a mobile device. If the product is not listed in the company’s existing pool, the app uses the provided nutritional information to immediately calculate and add the product. 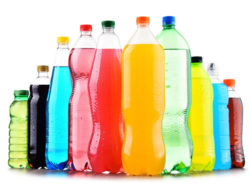 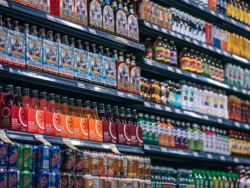