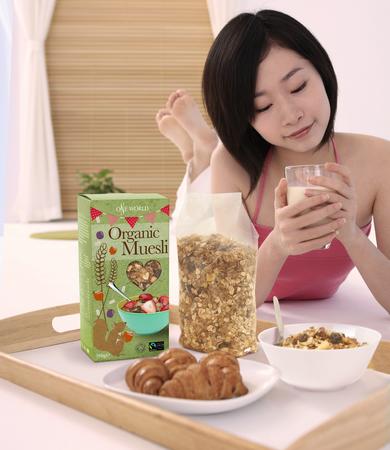 NatureFlex™ films, manufactured by Innovia Films, have outstanding sustainability credentials and functional performance. Innovia Films’ main strengths lie in its ability to develop new products with key technical benefits for the packaging supply chain. NatureFlex’s latest attribute is that it has been scientifically tested and proven to provide an effective barrier against mineral oil residues. This has been confirmed by a scientific study at the official Food Safety Authority of the Canton of Zurich in Switzerland.

Why do we need protection from certain mineral oils?

Potentially dangerous substances known as mineral oils have been found in packaging made from recycled paper fibres. Cardboard is produced using recycled paper including printed newspaper. Most commonly used newspaper inks contain mineral oils. These cannot be removed sufficiently during the recycling process and are thus able to enter cardboard food packaging, and can migrate into food.

Mineral oil aromatic hydrocarbons (MOAH) are suspected of being carcinogens, according to the World Health Organization’s Joint Expert Committee on Food Additives (JECFA), and the UN’s Food and Agriculture Organization (FAO). Germany is well on the way to preparing a mineral oil law, which will quote a zero tolerance for MOAH in foodstuffs.

In recent years much research has been carried out to understand how mineral oils are distributed in the environment and assess the risks they pose to human health. This has been a complicated area of study.

Which film types provide a barrier to mineral oil?

As leading market experts, Innovia Films can tailor its technology for specific needs and we are able to provide a barrier to mineral oils.

It was concluded that the NatureFlex films evaluated in the study gave an excellent barrier to mineral oils with a breakthrough time of greater than five years at room temperature.

Why are NatureFlex™ films such good barriers?

NatureFlex films are based on cellulose (a complex carbohydrate), with a high molecular-weight polar structure and small spaces containing water and softener. For these reasons, the solubility and diffusivity of nonpolar molecules such as mineral oils is low.

Mineral oil residues can migrate from the inner side of a contaminated primary pack such as a recycled cartonboard cereal box or a contaminated outer pack used to hold products during transportation. Contamination can even occur when packs are stacked closely together - on the supermarket shelf or in transit.

As the world takes steps towards greater sustainability, protection of our wrapped products is the most vital aspect of this sustainability journey.

“The tests conducted on our NatureFlex™ films showed that when used as the inner bag, flow-wrap or as a pouch they provide an excellent barrier against mineral oil residues. This is in addition to the standard oxygen and moisture barrier properties required by dried foods to ensure optimum product quality and maximise shelf-life” said Clare McKeown, Market Manager NatureFlex™ Films.

Innovia Films supplies renewable and compostable films to converters, brand-owners and end-users across the globe for most types of food packaging.