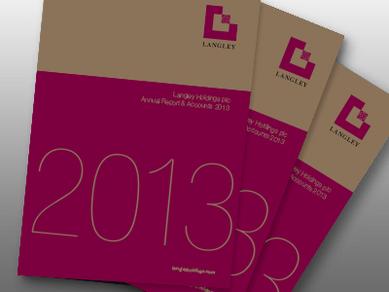 The group reported a profit before tax of €91.4 million on revenues of €833.9 million. Group chairman Tony Langley said in his review of the business that the group's divisions had performed in line with or ahead of expectations and that 2013 had been another "remarkably successful year."

Manroland Sheetfed, the printing press builder acquired in 2012, was integrated during the year to become the group's largest division in revenue and employee terms and reported a small profit.

Piller, which produces electrical systems for data centres, was the principal driver of the group result whilst ARO, which manufactures welding machinery for the automobile sector, also had another near record year.

The group reported net assets of €496.5 million at year end with nil debt and net cash of €278.6 million, after payment of a €25.0 million shareholder dividend during the period.

In his concluding remarks Langley acknowledged the contribution made by the group's circa 4,000 employees and welcomed employees of the new Manroland division to "our family of businesses", saying that he is confident 2014 will be a "satisfactory year" for the group.

Langley Holdings plc is a diverse, privately owned engineering group based in the UK with principal operating divisions located in Germany, France and the UK and more than 70 subsidiaries worldwide. The group produces capital equipment ranging from electrical systems for data centres, machinery for cement plants, food packaging lines, automotive welding equipment and, most recently, printing presses.The group was founded in 1975 and today employs around 4,000 people world wide.