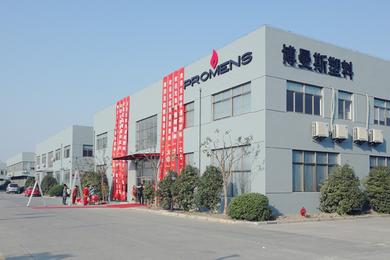 The CEO of Promens, Jakob Sigurdsson, declared Promens first production facility in China formally open, at an inauguration ceremony held at the new location in Taicang, on the 30th of November 2013. The opening celebrated the beginning of production in China and was attended among others by H.E Stefan Skjaldarsson the Icelandic Ambassador to China, Mrs Lu Yan, the Vice-Mayor of Taicang city, Mr Wang Hong Xing, the Party Secretary of ChengXiang and Mrs Hu Jie, Mayor of Chengxiang.
„The new Promens production facility in Taicang represents a very large step in our strategy to leverage our strong customer relationships in rapidly growing economies, where plastics will play an important role in optimizing supply chains, increase food safety and meet the needs of a growing middle class.“ said CEO of Promens Mr Jakob Sigurdsson. He also emphasized that the facility in Taicang provides Promens with a platform to serve both local and global customers in a more integrated way, from idea generation, through product development and production.