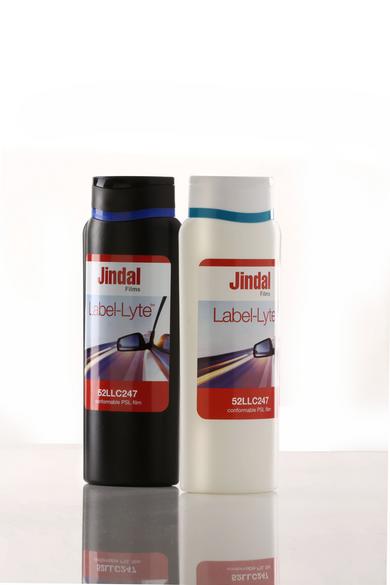 Luxembourg (April 7th, 2014) – Jindal Films will display its broad portfolio of industry leading oriented polypropylene (OPP) and polyolefin (PO) films for packaging innovation at the Open Area at Hall 9/09-1, Interpack, Dusseldorf, Germany, May 8-14, 2014. A highlight at the booth, will be the introduction of new film technologies for a range of flexible packaging and labeling applications which can help customers improve performance and meet sustainability challenges. There will also be a celebration of Oppalyte™ OPP film which is celebrating its 30th anniversary.

“The business that is now Jindal Films has always been an industry and technology leader. With Jindal Films a core business of the Jindal Group, there is a rejuvenated commitment to the global OPP films business. A testament to this commitment is the ongoing investment in new film technologies which are helping our packaging and labeling customers grow their businesses through innovation,” said Paul Griffith, executive vice president, Jindal Films.

Label-Lyte™ 52LLC247 film is a new white lightweight oriented PO film offering excellent converting characteristics, conformability and flexibility for pressure sensitive label (PSL) applications. The conformability and squeezability of the film allows the label to remain intact and appear new even after multiple squeezes of the container. The printable surface enables point-of-sale impact to be enhanced for a wide range of products including health and beauty care, household products, beverages, canistered or bottled food.

“These new films follow the introduction of several technologies in the past 12-18 months. And, with many more in the development pipeline, this is a particularly dynamic and exciting time for the company and our customers,” said Griffith. “But, of course, we cannot forget Oppalyte, an industry-leading brand that was introduced 30 years ago. In fact, we still have staff who remember its introduction which is an indication of the expertise, experience and commitment that remains in this organization.”

Jindal Films is a global technology leader in the development and manufacture of specialty OPP films, offering a broad range of flexible packaging and labeling solutions for customer innovation. The company is renowned for the global supply of high-quality products which include: Bicor™, Oppalyte™ and Metallyte™ films for packaging applications, and Label-Lyte™ film for label applications.

Jindal Films is a global leader in the development and manufacture of specialty oriented polypropylene (OPP) films, including multilayer white opaque films, metalized films and coated films, for flexible packaging and labeling applications. Jindal Films has affiliated production plants in Europe (Virton, Belgium; Kerkrade, The Netherlands; and Brindisi, Italy), and in the United States (LaGrange, Georgia; and Shawnee, Oklahoma). The company and its affiliates have sales offices to support customer needs in countries around the world, including North America, Europe and Asia.