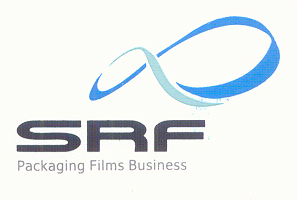 1. Gurgaon, 1st August 2013: SRF Limited, a multi-business entity engaged in the manufacture of chemical based industrial intermediates, has inducted 6 new CEOs to its corporate leadership team with effect from 1st August 2013. A unique feature of SRF’s top management team is that 5 of the new CEOs had started their professional career from SRF as Management Trainees.

The new members of the reconstituted leadership team of SRF are

The changes came close on the heels of the retirement of one of the members of the leadership team, Roop Salotra, who superannuated as President and CEO (chemicals business & packaging films business) on 31 st July 2013 after serving the company for 24 years.

2. 9th October 2012: The Chemicals Business of SRF has joined a select group of organisations globally to win the coveted Deming Prize. Awarded by the Union of Japanese Scientists and Engineers (JUSE), the Deming Prize award is considered the Nobel Prize equivalent in the world of quality. The winners were declared by the Deming Prize Committee in Tokyo, today. Earlier in 2004, SRF had earned the distinction of becoming the first tyre cord company outside Japan to win the award.