In the third part of our series on brands with unusual and iconic packaging, we take a look at an item of packaging that is instantly recognisable, not just because of its shape, but because of the whole package.

We hope you enjoy reading! Your Tightly Packed editorial team 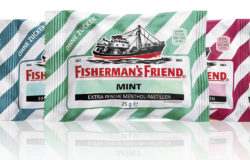 A lozenge wins over the world

Chemist James Lofthouse originally only wanted to soothe the often sore throats of the seafarers in the small fishing village of Fleetwood on the North West coast of England. Now, over 150 years later, the mixture of menthol, eucalyptus and liquorice, which was first pressed into lozenges in 1865, is no longer just the taste of the town but has gained popularity around the world.

From its headquarters in Great Britain, Fisherman’s Friend markets its current total of 15 different flavours to 100 countries around the globe. 96 percent of the total production of around 5 billion lozenges are exported every year. Germany is the largest market, favouring flavours such as cherry and mint. Customers in Thailand, on the other hand, who represent the second largest market, prefer the combination of honey and lemon.

Whether packages of Fisherman’s Friend are sold at the chemist’s or the supermarket depends on country-specific regulations. Due to their high share of menthol, the sugar-free versions, for example, are considered pharmaceuticals that require authorisation in the USA, and must therefore comply with the strict regulations for pharmaceutical products issued by the Federal Drug Administration. In Germany, on the other hand, the well-known packaging catches the customer’s eye on shelves at a wide range of retailers, from supermarkets to petrol stations.

One thing, however, is certain: The Lofthouse company manufactures these popular lozenges exclusively according to the very latest pharmaceutical standards, which far exceed the requirements of the food industry. This impacts manufacturing as well as distribution channels – which is why the family business has cooperated with engineering company Fette Compacting since 2013. Fette Compacting’s FE55 tablet presses are used in the food sector as well as in the pharmaceutical industry.

A paper bag turns into a packaging icon

Due to the use of the substitute material Sorbitol, the sugar-free Fisherman’s Friend lozenges are ideally suited for direct tablet compression using rotary presses. The first two FE55 machines by Fette Compacting have pressed more than 1,000 tonnes of raw materials into over a billion lozenges since their first day of use.

And more than a century later, the lozenges still have the same shape and ingredients as the original recipe. The packaging has also largely remained true to its roots. And though the paper bags may be a bit plain and no bigger than the palm of your hand, they are quite possibly one of the greats among international packaging icons. The recognition value is high, the bags themselves stand out. 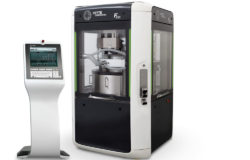 The versions containing sugar are packed in plain bags, whilst the packaging of the sugar-free lozenges is striped. In the latter, the base colour changes according to the flavour and the shades are muted. Originally made of 100 percent paper, the Fisherman’s Friend packaging has since been given an interior plastic coating. These new bags are also resealable, whilst perforated upper corners are now a thing of the past. This helps keep moisture at bay, which in turn extends the content’s shelf-life.

When it comes to iconic packaging, a lot of factors have to come together – among other things, designs and product names are decisive for a product’s long-standing success. In the case of Fisherman’s Friend, the brand name was by no means a spur of the moment decision by chemist James Lofthouse. It was the fishermen themselves that called these strong lozenges their friend. And thus the brand name was born.

Even Germans who are not fans of Fisherman’s Friend have heard the German version of the “Talk about strong” slogan, which roughly translates to “Are they too strong or are you too weak?” [“Sind sie zu stark, bist Du zu schwach.”] In a campaign to promote greater diversity in Germany, the company added an unusual flavour to its packaging range in 2015: Sporting stripes from green, yellow and lilac to red and blue, the lozenge marketed in Germany was named “Tolerance” [“Toleranz”] and given its own slogan against xenophobia: “Are they too colourful or are you too brown?” [“Sind sie zu bunt, bist du zu braun.”; in this context, brown refers to the colour of Nazi uniforms during the dictatorship.].

Switzerland, on the other hand, focuses more on sustainability than cultural diversity. Swiss consumers can save money and contribute to recycling their Fisherman’s Friend packaging by sending their empty bags back to the company. Fisherman’s Friend accepts all bags available in Switzerland that carry the “E” label issued by Swissmedic on the back of the packaging. Loyal customers are rewarded with a bonus. 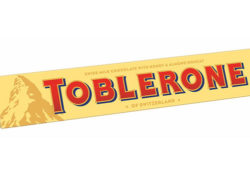 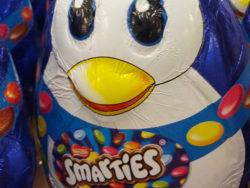