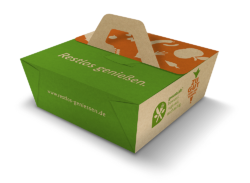 The Beste-Reste-Box consists of water and fat-resistant FSC-certified kraft paper, and can transport 1,350 millilitres of leftovers. Photo: BMEL

Packed for enjoyment later — with a clear conscience

There was a time when we would not have dared to ask the server if we could take the leftovers on our plate home with us to enjoy later. Those days are gone. Numerous campaigns around the globe have resulted in a heightened awareness and concern about food loss and waste among consumers, manufacturers, processors, suppliers and other partners in the food supply chain. The German Federal Ministry of Food and Agriculture (BMEL) recently presented a current joint project entitled “Beste-Reste-Box” to the public in Berlin. 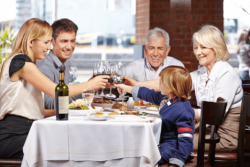 Children are not the only ones that are often unable to clean their plate. Seniors are also usually hard pressed to eat everything on the sometimes heavily laden plates served in restaurants. Instead of discarding the leftovers, why not take them home? Photo: Robert Kneschke/fotalia.com

One-third of the world’s food goes to waste

According to the world health organisation, FAO, approximately 1.3 billion tonnes of food produced for human consumption worldwide is lost or wasted. This amount is theoretically enough to feed roughly two billion people. This food is either discarded or lost on its way from producer to consumer along the food supply chain.

At the same time, the world population increases steadily, and agricultural production must be increased accordingly to prevent hunger. If we could manage to cut current food loss at least in half, the necessity to increase global food production in the future could be greatly reduced, according to FAO prognoses.

While the issue in lesser-developed countries is loss through spoilage, it is primarily food waste in western industrial nations. According to information from SAVE FOOD, a joint initiative of FAO, UNEP and Messe Düsseldorf, as much as 30% of all food is discarded unused here in Germany. In recent years, this topic has advanced to the foreground of public awareness, not lastly due to the efforts of the SAVE FOOD initiative and its partners. Meanwhile, numerous projects are actively fighting to reduce food waste.

Metro has been selling the Beste-Reste-Box since late August 2016. Photo: BMEL

This is exactly how the Beste-Reste-Box was born. Motivated people from the joint project, “Restlos genießen” (enjoy completely), of the information portal for sustainable gastronomy services, “Greentable”, and the German Federal Ministry of Food and Agriculture (BMEL), went to work on the topic of food waste in restaurants, commercial kitchens and event catering. Approximately 24 kilograms of food are lost per year and guest in these three areas alone. Prevention is an important issue here not only socially and politically, but also for the restaurateurs and caterers themselves. This is brought to light in a recent study by METRO Cash & Carry GmbH, which has been selling the Beste-Reste-Boxes to restaurants and catering outlets through their markets since late August 2016. According to the study, 98% of restaurateurs and caterers see it as “very important” or “quite important” to prevent food waste. 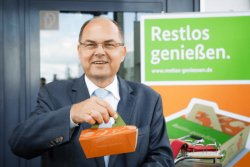 The name, “Beste-Reste-Box”, already gives us a very clear idea of what the folding carton with the practical handle is designed for. Restaurant guests and event visitors should be able to take any uneaten delicacies home without shame. Once home, the leftovers can be easily reheated in the microwave in the same box. The carton is able to withstand temperatures up to 160° C, and can also handle sub-zero temperatures, so that food scraps can be stored in the freezer for later enjoyment. The boxes are also water and fat resistant, so that nothing should drip on your blouse or shirt. Furthermore, they are printed with food-safe inks, and the coating is water-based. The absolutely odourless boxes are recyclable and 100% biodegradable. 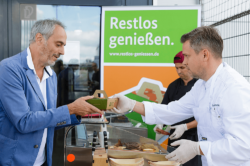 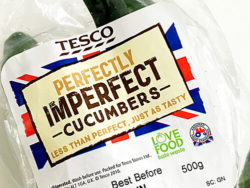 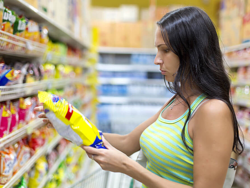 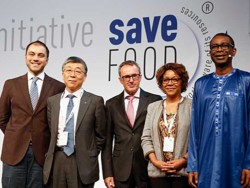 SAVE FOOD Packaging Award at interpack 2017