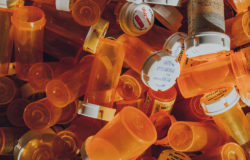 A hard Brexit would require new registration numbers for pharmaceutical packaging for the movement of goods between the EU and Great Britain. Old packaging materials would have to be destroyed after the implementation period has expired. Photo: Haley Lawrence on Unsplash

Brexit: How will it affect pharmaceutical packaging?

Six more months, until 31 October 2019 to be exact, remain for the Brits and the EU member states to agree on the conditions for Brexit. This means the hard exit variant with no deal has been postponed, but is not yet off the table. But what happens if it does come to that?

Among other consequences, this would affect the pharmaceutical industry and the associated packaging and process industry. This is because the European Union has strict regulations for pharmaceutical packaging. If Great Britain leaves the EU without a deal, numerous regulations would change on both sides.

From the moment Great Britain leaves the European Union without a regulation, export procedures and pharmaceutical packaging will have to be changed, especially with regard to batch releases. Currently, the location of the batch release must be stated in the package leaflets of imported products. This means the location at which a qualified person certified the medication. This approval can be carried out in all European Union member states; after Brexit, this excludes Great Britain.

Medication exported from the United Kingdom will then need to be re-tested in a European country. This forces global companies to change their locations for batch release if they want to continue to sell their goods in the European Union. This also means re-printing all packaging and packaging brochures.

To give an example: If medication is manufactured in the USA and is then exported first to Great Britain and from there to Europe, testing would be necessary both in Great Britain and the European Union. This double testing could lead to manufacturers overseas changing their export routes and ceasing to send goods to the United Kingdom first.

If the batch release is changed, this also means re-applying for approval to place products on the market and re-packaging medication.

Currently, new medication is approved in the European Union via the mutual recognition procedure (MRP). Here, a EU member state evaluates the medication and issues an approval that is valid throughout the EU.

In future, Great Britain wants to issue approval to place every medication on the market that already has central EU approval. However, this UK licence requires a new registration number on the outside of the pharmaceutical packaging. This also applies to medical products that are currently being sold in the EU after initially being approved in the United Kingdom.

The United Kingdom has defined an implementation period for the affected companies, requiring that they make the necessary adjustments by the end of 2020.  The EU is considering to allow a six month period within which the pharmaceutical packaging has to display the new registration number.

Companies with large stocks or outsourced packaging plants require large capacities to implement this. In addition, every company has to update their stock list. Without a grace period, pharmaceutical companies will no longer be able to use their old packaging materials after the implementation period.

www.pharmaceutical-technology.com
Brexit will impact drug packaging, and many pharma firms are unaware

tulli.fi
Brexit and the invalidation of EORI numbers granted by the United Kingdom

www.sunbrandingsolutions.com
What will Brexit mean for packaging and labelling?

www.eastpac.co.uk
Brexit – How Will It Affect The UK’s Packaging Industry?

www.compelo.com
How a no-deal Brexit will affect the packaging industry: From supply chains to labelling 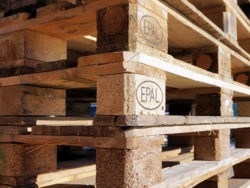 Brexit: How will it affect industrial packaging? 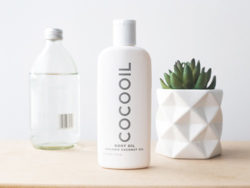 Brexit: How will it affect cosmetics packaging? 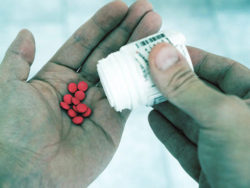